Talk to a Quench Water Expert 703-972-5681
Serving the greater Washington D.C. Area and the surrounding counties.

Talk to a Quench Water Expert 703-972-5681
Serving the greater Washington D.C. Area and the surrounding counties. 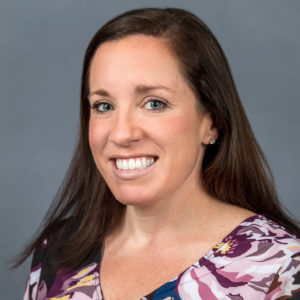 The earliest documentation of water infrastructure dates from 1808. Residents living in the 600 block of Pennsylvania Avenue NW paid to “convey” water from the city spring to their neighborhood using wooden pipes. A year later, city planners appropriated $300 of public funds to build pipes from Caffery’s Spring to the northwestern Pennsylvania Avenue area. This system extended each year until 1850.

When a congressionally funded engineering study identified the Potomac River as the future of Washington DC drinking water, the US Army Corps of Engineers designed and built the structures and facilities that became the Washington Aqueduct.

An influx of new residents during WWII put a strain on the water system, leading the District Engineer, the U.S. Engineering Office, and the Engineer Commissioner of DC to submit a report to Congress with plans to construct, improve, and add on to the existing water system. This report has guided the modifications of the Washington DC drinking water system ever since.

Today, Washington DC tap water comes from the Potomac River. The Washington Aqueduct withdraws 140 million gallons of water each day from intakes at Great Falls and Little Falls. Like many older cities, much of the water infrastructure still consists of cast iron pipes, a plumbing standard until the mid-1960s. In the early 2000s, DC treatment facilities replaced chlorine with chloramine, which causes pipe corrosion and lead leaching into the water.

Washington DC began adding corrosion inhibiting chemicals, like orthophosphate, to prevent leaching. However, according to a recent Washington DC Water Quality report, the city continues to add chloramine. Clusters of deterioration and bacteria can break off and travel with your drinking water to your faucet, resulting in cloudiness, brown water, and off-taste and odor.

Concerned about the chemicals and contaminants that seep into your local Washington D.C. drinking water from the old cast iron pipes? We are too, and that’s why we’re here to help. Quench offers a full complement of water filtration and sanitization technologies to remove sediment, reduce chemical contaminants, including lead, and get rid of off-tastes and odors. Depending on your local water quality, your Quench Water Expert may recommend our NSF-certified carbon filtration, which works great for water with TDS (total dissolved solids) levels under 250 ppm (parts per million) or our NSF-certified reverse osmosis (RO) filtration, which is the gold standard for water with TDS levels over 250 ppm. By creating a customized water filtration solution and tailoring your installation and service needs for your business, we can guarantee that Quench office water coolers produce crisp, clean, great-tasting water – and at a fraction of the price of bottled water delivery services. Go bottle free with Quench and you will save time, money, and the environment, plus you will have better tasting and safer drinking water!